Josh Melvin graduated BSc Marketing in 2018.  Having done a work placement with Agilent Technologies as part of his degree, he has now working with them as Global Product Manager, New Solutions.  We talked to him about how he moved from intern to manager. 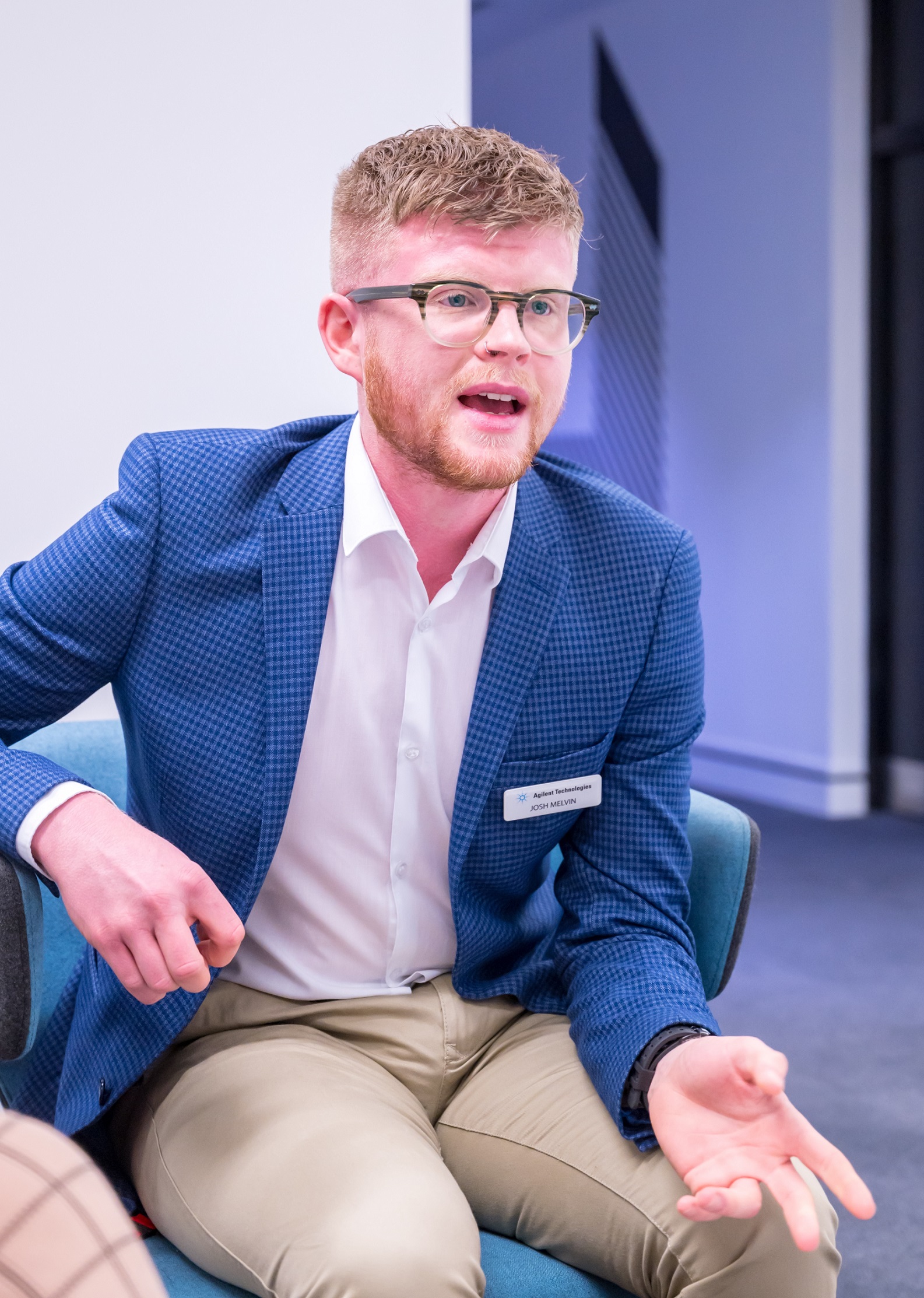 Looking back, how do you feel that university prepared you for work.

I think what we learned in university in first and second year helps with a lot of different areas when you go into a marketing role but it also helps you figure out how to look at a problem that you hadn't been trained in. So even if the course hasn’t given you the specific knowledge, it shows you how you would figure out what you need to do. And then during your placement year, you become more confident in doing that.

I think for me, one of the biggest things was that the placement helped my writing going back to university.  My grade went from a 2:1 in second year to a First in final year. I think this was just purely based on having the experience and having the context to give to the theories because you're dealing with a lot of people in varying situations communicating with them and putting reports together. Doing that stuff helped me with my actual writing essays and structuring them. When you deal with people higher up in the company, you've got a very brief moment to catch their attention. So it helped me with writing, with trying to get what I wanted to say in a really condensed away.

You went on to work with your work placement company afterwards.

During my final year, I was kept on part time. It was a challenge but it helped me approach time management and prioritising, because, at some points in the semester, it's really important for your studies to come first but then for the times in the semester when the University is a little bit quieter, let's say, then you've really got to focus on what you're doing at work, what you're being paid for. I think both helped each other.

I don't think I'd be as confident in my role if I hadn’t done my placement and when you do a placement, you’re a year ahead of everyone else.  Without it, you would just be coming out into the graduate market without having that real experience.

So how did it work? Did you ask them for a job or did they offer you a job?

As an intern, I didn't want to leave. So I asked them, “Can I just stay bit longer and help train the new intern?” Luckily, and it was pretty much by chance, they were recruiting for a junior position, and my manager spoke to the recruitment manager and said, I think this is a good candidate, but it has to be part time.  It took a couple of months to really figure out what was going to happen but in the end, they were happy for me to stay part time.  Then just before I graduated, they had a bit of a reshuffle and decided that they’d take on an extra marketing manager. So rather than recruit for that they took away Junior from my title and gave me products to look after.

It's been non stop learning since I started. It's good, you never get a chance to feel complacent, because something else new, exciting and challenging comes your way.  It's quite fast paced, I've been given quite a lot of responsibility. But then I’ve been able to really grow as a professional.

So, what's the future?

I don’t know.  I'm just excited to see what the next thing is. I’m still pretty new and always learning so I’m excited just to see how my career in healthcare pans out.