Dickson Wasajja graduated from Salford Business School in 2015 with a degree in Law. We caught up with Dickson to discuss his experiences at Salford and to find out how his time at the university helped to launch his legal career. 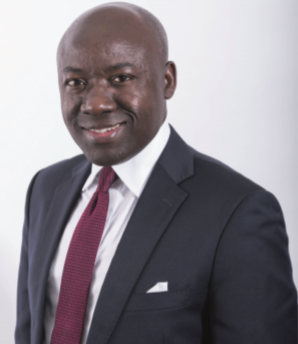 I made a decision to visit The University of Salford on one of the Open Days and attended the School of Law’s presentation at Lady Hale building. After listening to presentations from lecturers and student representatives, I was convinced that Salford was the right place for me and I made a decision to apply to study Law. Salford gave me a clarity of vision of what I wanted to do with my life and I hugely benefited from the life-changing impact of education.

In the 2013/14 academic year I had the privilege of being overwhelmingly elected President of the Law Society. Under my stewardship, we organised internal mooting competitions, collaborated with the Salford City Council to launch a student run legal aid clinic in Salford and much, much more.

I also received the Salford Advantage Award, a feat I achieved after doing voluntary work where I delivered employability skills sessions for at a Charitable organisation alongside my studies. These activities helped me to develop my leadership, communication and interpersonal skills which are highly valued by employers.

At The University of Salford, I was academically born and discovered the opportunities of education. I salute the academic and non-teaching staff past and present who through their hard work and selfless dedication inscribed the University in the annals of global intellectualism.

Life after The University of Salford

Salford gave me the tools I needed to succeed and graduating with an LLB (Hons) Law from Salford was a major turning point in my life because I immediately won a prestigious Scholarship to pursue an LL. M in Security and International Law at the University of Manchester.

After graduating with the LL. M, I went on to work in the legal department at the Secretariat of the African, Caribbean and Pacific Group of States - an Inter-governmental organisation that negotiates on behalf of its 79 member states with the European Union in Brussels, Belgium.