As part of his first year, Accounting and Finance student, Adam Brennan, took the Microsoft Online Specialist exam in Powerpoint … and came in the top 10 in the UK out of thousands of entries. We asked him why he got involved and what he had learned from the experience. 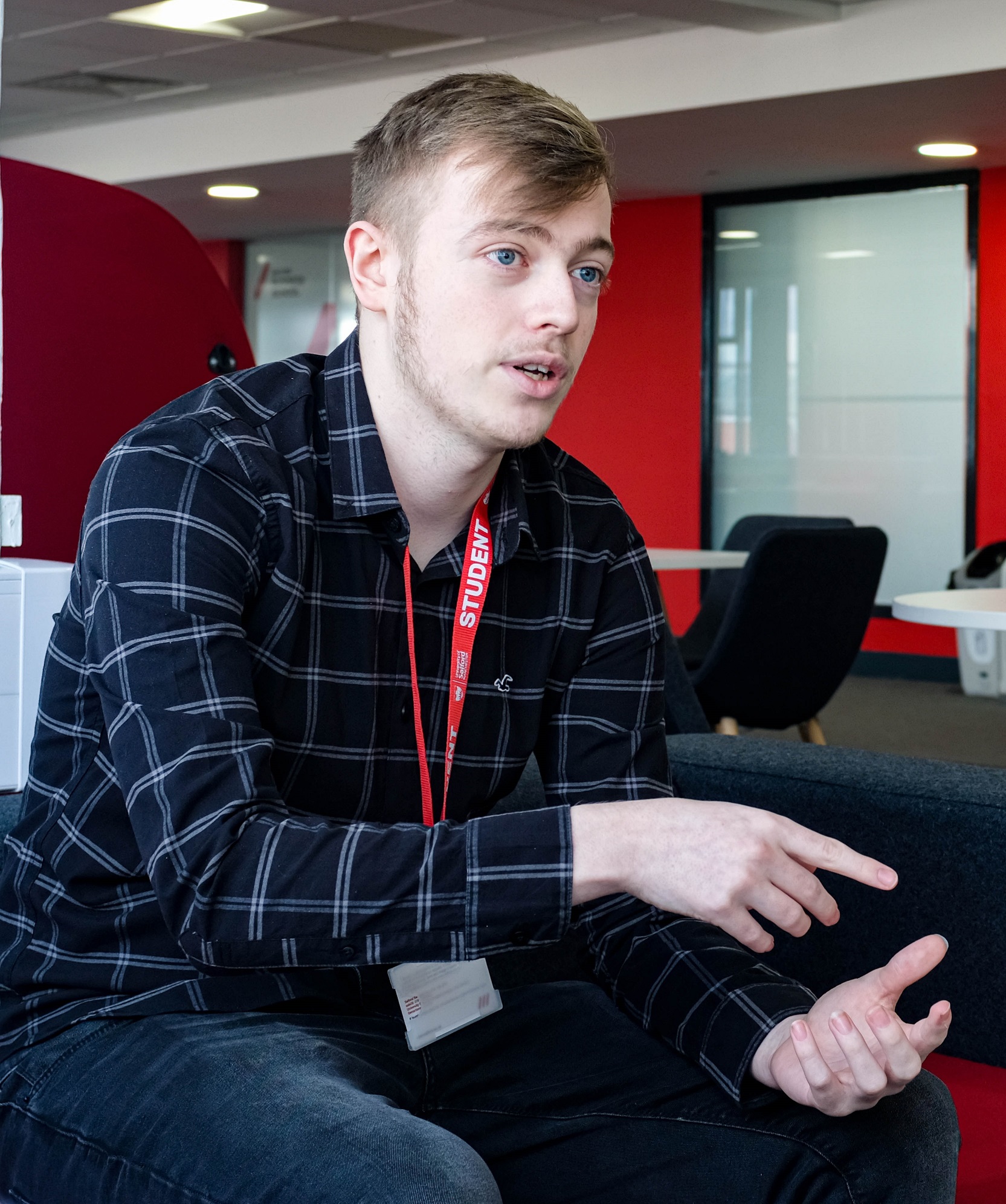 Congratulations on your outstanding success in the Microsoft Office Specialist championship, Adam. How did you get involved in it?

In the first term at University, we do the Digital and Business Skills module, which focuses on increasing your proficiency in online packages such as the suite of Microsoft programmes. It’s really important now to be able to use these because, no matter what company you're at, they all use Microsoft packages at some level. So, you go on LinkedIn learning, you watch in depth videos on each of the Microsoft packages and then you do a test on it, the proper Microsoft Office Specialist test. There's four different packages - Outlook, Word, PowerPoint and Excel - and you choose which one to take part in. I chose to do PowerPoint.

I got through the test pretty quickly and I got 950 out of 1000; I only got five questions wrong. Roll forward a couple of weeks and I got an email saying Congratulations, I’m into the Microsoft Office final.

Why did you choose PowerPoint?

I was really good at doing presentations, even when I was at college. It's what I feel comfortable with and it’s a good skill to have. I wanted to increase my tools for the trade, just try and become the best I can using PowerPoint.

What did you have to do?

For the initial test, I had the video I mentioned before for LinkedIn learning which covers all aspects. As well as that, you have this thing called Gmetrix, which is kind of like the test for the test. They have two trial tests that reflect the actual tests so I devoted most of my time to test prep, doing the test, understanding the questions. There's only so many questions you can ask in PowerPoint, so the more you recognise them and know how to do it and do it quickly, you’re setting yourself up for success.

Typically, you’ll work up seven PowerPoint presentations, and each presentation will have six to nine tasks. And each of those tasks is devoted to a specific area. So the first PowerPoint they might give you is all about transitions which will have seven questions on the transitions, with specific nuances that you might not expect, like talking about 3d models and how to look in the top left hand corner of a 3d model. The test goes on your accuracy. So it’s either right or it’s not, there's no grey area. You need to be quick, but you need to be accurate. Otherwise, you won't get any marks.

The final test was a similar format. You get links to the test and you have to go through each one doing certain tasks. It's about 50 minutes to an hour. It was really well run, very smooth, it was a really good experience. 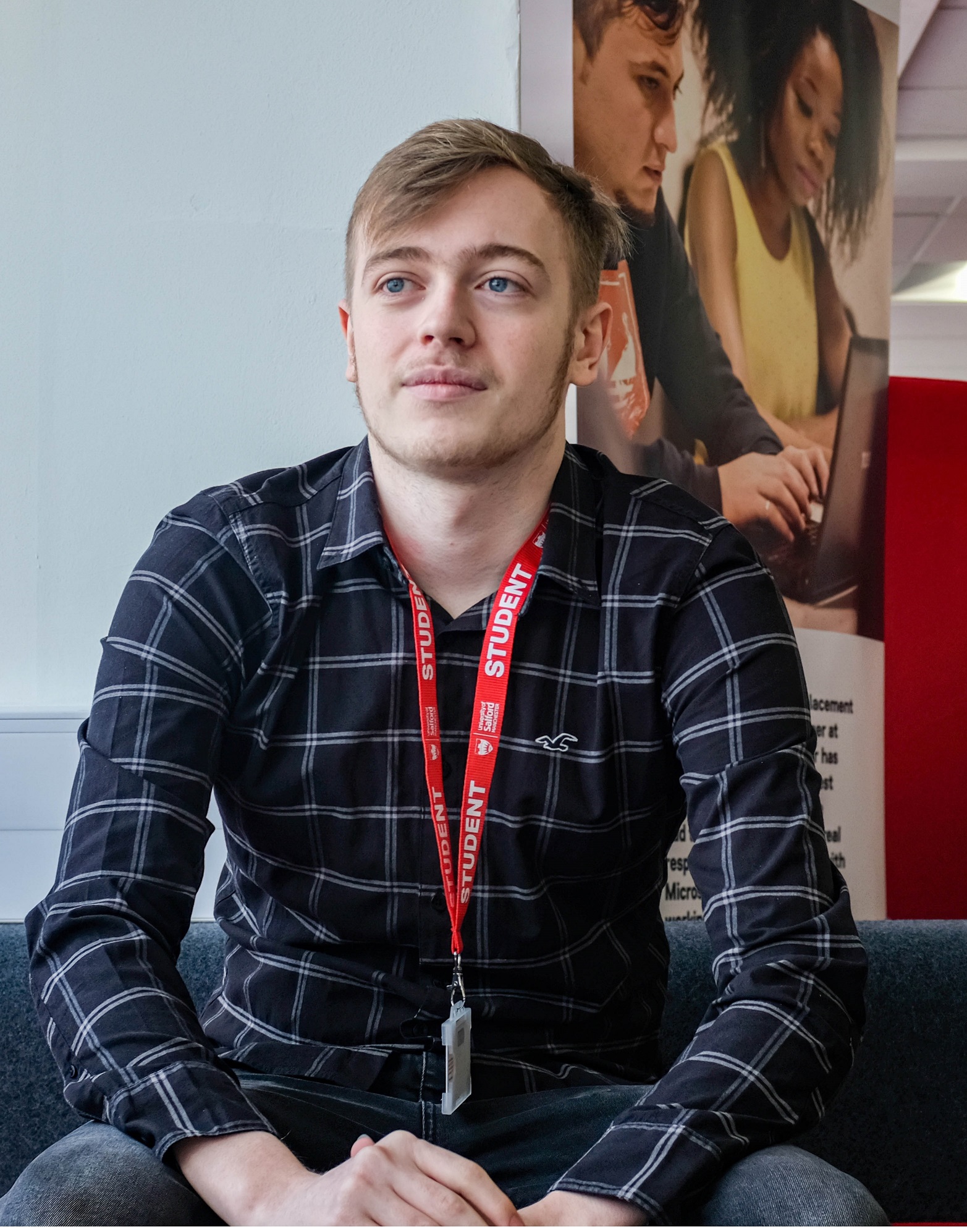 What did you think when you got that email saying you were in the final?

I was a bit shocked. I knew I'd done really well but I didn't know I was going to get in the final. It was only later down the line that I understood that I've done that well. I got to the finals okay, but then I heard a rumour saying like out of 30,000 people, there's only 10 of us have got through. When you put it in that perspective, it sounds pretty amazing.

What do you reckon you've learned?

For me personally, I think the biggest takeaway was learning about exam prep. I've tried a lot of exam prep for revising; post it notes, writing massive walls of text, going through textbooks, but I feel like actually practising what the test is going to be like was the most important thing that I've learned. Going forward in my studies, I feel like knowing theory is very handy, but actually being prepared to sit what the exam is going to be like is probably what I will take forward in the future.

Why did you choose to come to Salford to do accounting and finance?

My stepmum is an accountant and she's always pushing me academically to try and do my best, to try and get me involved in everything. I've always had an interest in finance. She's kind of cultivated that, to guide me in that direction.

Before I chose where I was going to Uni, I spoke to a lot of people from the people around me. A couple of them have been to Salford and they said the Business School is really good, they're really good at what they teach. Also, it's not too far, I can commute by train which is helpful. When me and my mum came on a tour, we could get here very easily.

How do you think the Microsoft Online Specialist badge is going to help you in the future?

It's a separator. There's going to be thousands of people applying for jobs especially when everyone finishes Uni at the same time. So anything extra I can put on to help separate me, if that's a PowerPoint badge or some other bits and bobs, just to add that extra couple of notches, it should put me in good stead.

I think it's a small one, but a good one is the animation pane. If you go into one of your slides, say it has multiple animations, the animation pane gives you a layout of where everything is so you can very easily reorganise or just swap them out very quickly. It says you faffing around all the numbers, you can just scroll up or down, it’s really simple and it saves you a lot of time.