University of Salford student Tobias Peever is using his influencer skills to promote the latest Coronavirus health advice to students. 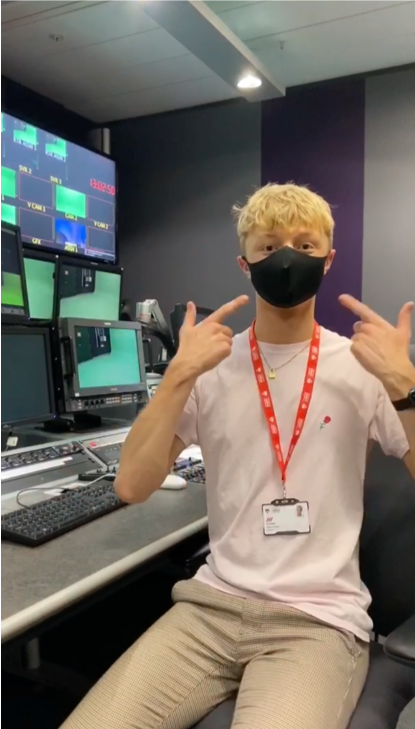 The second-year BA (Hons) Television and Radio Production student from Oxford, whose TikTok videos have had over 7.5 million views, was approached by Public Health England to create a short, snappy video for their #unisafe campaign. The video promotes social distancing, wearing a face covering and regularly washing hands while on campus.

“Being part of such an important campaign has been brilliant,” said Tobias. “We all have our bit to do in remembering the safety guidelines – it was good I could spread this important message, all in a relatable way.”

“I was lucky as I joined TikTok when it was blowing up,” he added. “I like to create real content that is not too glossy. That appeals to the brands I’ve worked with.”

As well as creating content for Levi’s and backpack brand Eastpak, Tobias regularly shares his experience of studying at his beloved University of Salford.

“I love my course and couldn’t think of a better place to study, right at the heart of MediaCityUK. That’s why I spend a lot of time boasting about the university on TikTok,” he said.

Programme Leader Lyndon Saunders said: "By nature of the course of study, it's no surprise that our BA TV and Radio Production students are established social influencers and engaged in positive promotion of public health campaigns. So, it's great to see Toby doing such a great job with his important message filmed on campus here at Salford."

When he’s not making TikTok videos Tobias is working hard to achieve his dream of being a children’s television presenter.

“Being neighbours with the BBC and ITV while I’m studying is really motivating. I often look out the window and see Blue Peter being filmed, you can’t help but be inspired,” he said.

We’re sure he has a bright future ahead.