Salford student band ‘Wearing Velvet’ have written a song about mental health to raise money for a local charity. 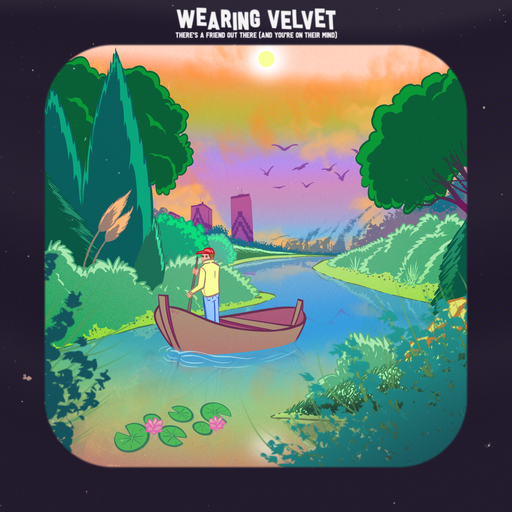 Rob Williamson, who studies BA (Hons) Creative Music Technology  at the University, and his cousin, James O’Roarty wrote the song ‘There's a friend out there (and you're on their mind)’ to tackle mental health, and now they’re donating all the funds to North Lincolnshire Mind, their local mental health charity.

They explained how they decided to write the song after a series of tragic suicides shook their town, and why they chose ‘Mind’ over the other charities in the area.

James said: “We did it because recently in our town four lads sadly committed suicide, and it’s been quite a serious thing around us at the moment. That’s why we donated it to our local branch of ‘Mind’, because we wanted to do something for the town itself.”

Rob added: We wanted to inject a bit of positivity into it. We know we’ll never be able to solve the problem as a band, but we just wanted to add some positivity to it.”

The band started recording the song earlier last year and said that without the student rehearsal spaces at the university, the project wouldn’t have been possible.

Rob said: “The rehearsal spaces at Salford really have been a godsend! They have some really nice kit, and if I ever wanted to record some vocals or something, they really have the best of the best."

James said: “We’ve been really lucky to have those spaces in the university, we used them all the time, it’s been so good. For that track, we did all the vocals at the university because of course it’s going to sound better than doing it in your bedroom."

He joked: “We’ve been thinking about Rob finishing this year and saying, ‘bloody hell, we’ve to pay for somewhere now!”

After James moved back to Lincolnshire for the holidays, he got stuck due to Covid restrictions. However, this was no signal for the band to stop making music, and he and Rob started working separately, putting it all together miles apart from one another.

James said: “We’re definitely keeping in touch. At the minute, Rob is doing the music side of things and I’m coming up with the lyrics. That’s the best we can do at the minute.”

They shared some of the future projects they’re working on, which they confessed they are itching to get back to after lockdown.

James said: “We’d love to do an album at some point, whether the charity single is on it or not, we don’t know. The song was kind of spontaneous, it just felt appropriate, but we have got other stuff that isn’t to do with mental health.”

Rob added: “We’re definitely looking at doing more singles this year. We used to play live sets, and we’ve never recorded them in studio, so that’s what we want to do next.”

Wearing Velvet finished the conversation by sharing their goals for the future.

James said: “We want to headline Glastonbury! You laugh when people say it, but if you don’t aim high then it’s pointless. It sounds cliché but I’d be happy to make money from my music and to not have to do a job that I don’t really want to do!”

Rob echoed James’ ambitions, saying: “I’d love people to listen to and enjoy my music, and to make a living out of it too – the main aim is to be top dogs!”

You can buy their single ‘There's a friend out there (and you're on their mind)’ here, and you can donate to ‘Mind’ here.