'It’s a Sin' creator Russel T Davies sat down virtually with students and staff for an informal, intimate and lively Q&A. 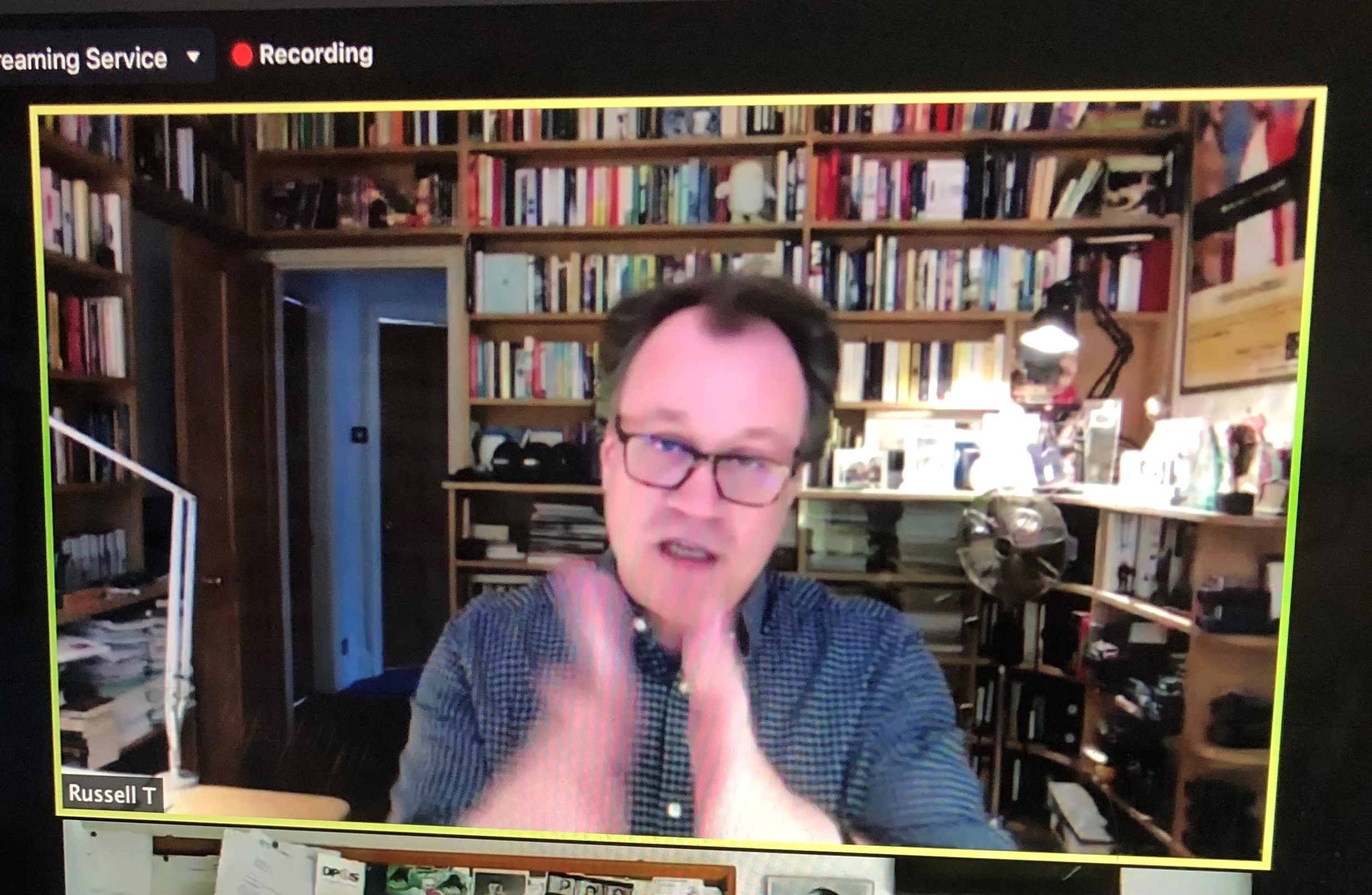 He was joined by students from Drama and Creative Writing, Film Production, Media and Performance, Television & Radio Production and MA Media Production, where they explored his thoughts on styles of storytelling and the mechanics of scriptwriting.

Davies is the creator of many highly acclaimed television shows in the UK and worldwide including Queer as Folk, Years & Years as well as the recent smash hit It's a Sin. His work often shines a light on LGBTQ+ community and social issues. He also revived and worked on Doctor Who in 2005 following its hiatus.

Beth Hewitt, Creative Director at the University's Media City campus said: "Being able to provide opportunities for our students to speak with, listen to and connect with industry figures like Russell is a big part of the work we do at the University of Salford. We are so pleased to be able to provide insightful and engaging sessions such as this for our students, who are just starting out in their career.

"Offering them the chance to gain greater understanding of the creative and media industries is invaluable and the support we have from the industry to provide these sessions is invaluable for the emerging talent of the future."

They were joined by Paul Sapin, a documentary producer/director who has made films for broadcasters in the US, UK, Europe and the Middle East, including Al Jazeera English. He’s a recipient of the Peabody Award, Royal Television Society Award, and the International Academy for Visual Arts Award for Best Documentary as well as Manchester International Film Festival’s Best Documentary Short Award for his film ‘A Very Sicilian Justice.’ His nominations include an Emmy, One World Media Awards, and the Global Investigative Documentary Award.

If you want to watch the Q&A and learn all about the behind the scenes magic from ‘It’s a Sin’, you can find it here.