The University has helped Operation Wallacea to discover more about the environmental impact of climate change in Calakmul Biosphere Reserve, Campeche, Mexico. 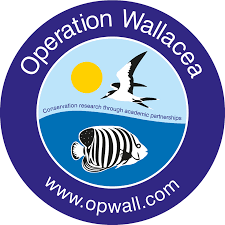 The reserve is home to the largest expanse of mature, seasonal tropical forest in Mesoamerica. Protected from logging or ranching, its forests are among the most biologically rich places on earth. The unique terrain features no rivers or lakes and the only source of water is rainfall. During the rainy season the water accumulates in temporary lakes known as aguadas, and these provide water for the region’s fauna and human communities during the dry season. However climate change is causing the aguadas to shrink and disappear.

Operation Wallacea, a network of academics that runs biodiversity and conservation management research expeditions, wanted to explore what impact this was having on aquatic or semi-aquatic species that live primarily in aguadas.

The Morelet’s Crocodile was identified as a valuable model species and University of Salford PhD student Jose Antonio Nobrega joined the project through an ICase studentship programme.

Supported by his university supervisor Dr. Robert Jehle and Dr. Kathy Slater of Operation Wallacea, Jose’s role was to generate information and update existing knowledge of the species.

An important element of the project was to determine whether the reserve held a genetically pure population of the Morelet’s Crocodile, as this would be of great importance to the conservation of the species.

“I was very keen to develop the doctoral research project as we desperately needed more information about the impact of changing water distribution on the crocodiles. We reached out to Dr. Robert Jehle at the University of Salford which led us to this exciting opportunity through an ICase”.
Dr. Kathy Slater, Principal Investigator of Operation Wallacea